Shortly after we announced the Carhartt Presents Rhymesayers European Tour, we offered our fans worldwide the chance to make a Mixtape to be played on Carhartt's Radio Show. After a handful of great submissions from around the world, we announced Chrisfaderof Vienna, Austria as the winner!

Along with premiering the jaw-dropping mix of turntablism, personal production, and classic and contemporary Rhymesayers material, Carhartt just dropped a lengthy interview with this multi-talented producer and dj. Check out the snippet below, and click here to read more after you listen to the winning mix! 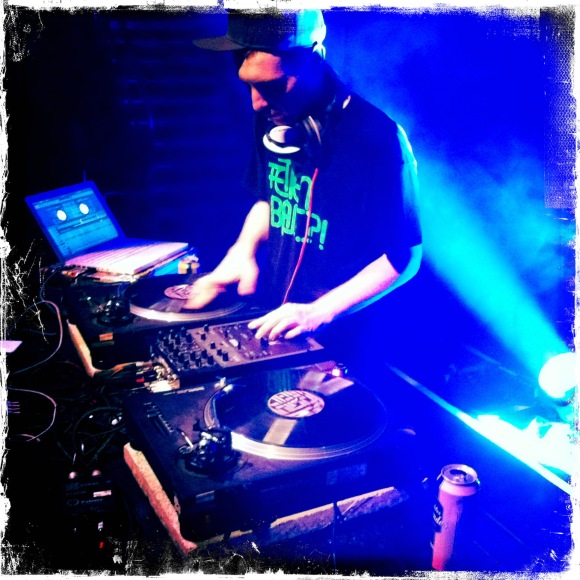 Since when you are a Rhymesayers fan and how did you run into the label?

Chrisfader: I am a huge fan of the whole label since the early days. I guess Atmosphereâ??s God loves ugly was a life changing album for me. A good friend of mine who worked in a record store in Innsbruck told me to check it out and when I first heard it I was blown away because it was so different compared to other Hip Hop releases. I checked out the rest of the label and really got into Eyedea & Abilities (the best DJ-Mc-Duo and two of the most influential artists for me) and Brother Ali & Blueprint. They made HipHop music with a punkrock attitude and that was something I had never seen before.

What makes Rhymesayers special in your eyes and who are your favorite Rhymesayers artists?

Chrisfader: I think that everybody on the label has his own, unique style which is very important for me as a listener. It takes a long time to develop your very own style. People like Slug & Ant, Brother Ali, and Blueprint are in the game since the nineties and I think they are at a point where itâ??s only about making the music they want to. It doesnâ??t get any better than that in my opinion.

What you think is special on the Rhymesayers xx Carhartt European tour?

Chrisfader: Itâ??s the first of itâ??s kind, which is great!!!

How did you select the tracks for your Carhartt Radio show?

Chrisfader: There have been a couple of tracks that Rhymesayers liked to see in the tracklist and I digged some more material to make the mix work. They didnâ??t tell me what to do, they just made suggestions which was great and really helped.

How long did you work on the mix and what you had in mind while doing it?

Chrisfader: It took two days from creating the tracklist to the final mix. It was quite relaxed, I just did it my way. I wanted to put the focus on the music of the touring artists not on myself as a DJ. I thought itâ??s about introducing the label to people that probably donâ??t know about it yet, so I didnâ??t wannaâ?? put too much action in the mix.