After appearing on each other's latest full-length records, revered rapper/producer Aesop Rock and celebrated folk songstress Kimya Dawson have officially joined forces as The Uncluded. Their album Hokey Fright will be released May 7th on Rhymesayers Entertainment.

Pitchfork just made the exclusive announcement and released the brand new video for "Earthquake", watch it HERE. Buy the single on iTunes now!

Starting today, you can pre-order Hokey Fright from Fifth Element, the official store of Rhymesayers. Bundle your CD or Vinyl LP pre-order with an FE-only t-shirt to get the most bang for your buck. As an exclusive to the Fifth Element pre-order only, Rhymesayers is offering a limited special edition fold-out poster containing imagery from the Album artwork and Full Handwritten lyrics, while supplies last. Pre-order today! Purchasers automatically get an mp3 download of "Earthquake" instantly! 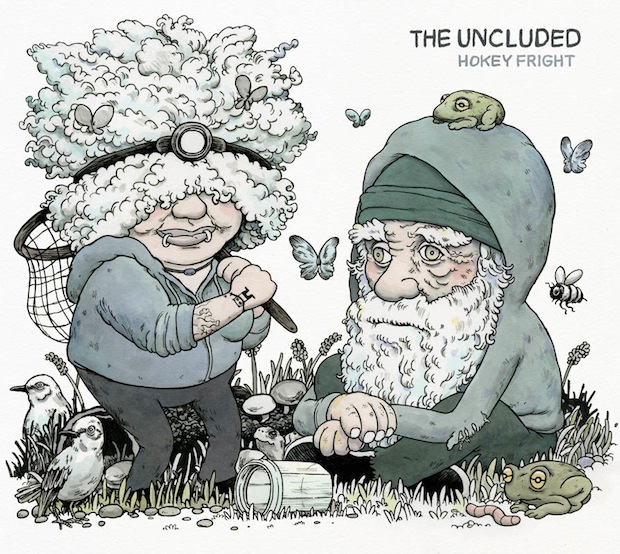 Head to Rhymesayers.com/Events for info on Aesop Rock's current tour!